History and Map of the Harbour

A Short History of the Royal St. Lawrence Yacht Club’s Harbour and Piers

The RSTLYC’s history is inseparable from the history of Montreal. That association becomes even more evident when looking at the names of its piers and the evolution of its harbour facilities. 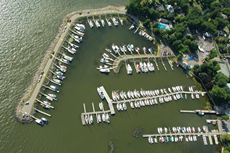 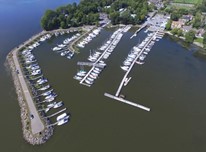 Built at a cost of $6500, this pier was named Bessborough Pier to honour the new Governor General (1932). Destroyed by a storm in 1943, it was quickly rebuilt by members and renamed the Navy Pier. It was assigned to naval operations during World War II.

The structure that can be seen at the end of the Bessborough was where the race committee used to start the races.

The current service pier was constructed around 1973 to coincide with the purchase of our 35-ton travel lift which replaced the old track and winch system for launches and haul-outs.

In 2019, a completely new structure was built to house the Service Booth on the dock.

On the left, Stephens Pier, in the center, Bessborough (Navy) Pier circa 1940

The Forbes Pier was built in the early 60s. Delbert Forbes was the harbour foreman for the St. Lawrence Yacht Company, back when that company did boat building, repairs, and storage, in addition to hauling and launching boats.

The SLYC was an independent company and leased of the Yacht Club’s Green Shed for t its operations. Delbert Forbes was the “Dave Gillies” of that era.

In 2008, new finger docks were built and a large dock was added to the “T” section to accommodate large boats.

Built during the same year as Duggan House, in 1965, this pier was named to honour Leonard Hynes, Commodore of the Royal in 1965-1966. President of Canadian Industries Limited (CIL) he was a well-respected member of the Montreal business community.

L. Hynes was actively involved in Dragon racing at a time when this class of boats was recognized as an Olympic sailing class. Among his other contributions to the Club, Hynes was instrumental in organizing the 1967 Centennial regattas. No fewer than 8 national and international regattas took place at the Club, which added even more prestige to the Royal’s reputation.

Hynes Pier was modified frequently: in 2008, a 120-ft section and three 30-ft finger docks were added, followed in 2012 by a new breakwater of 4 containers.

In 1947, a stone breakwater was introduced on the west side of the harbour as protection from spring-high waters and storms. At the end of the 1950s, more material was added using demolition debris salvaged by the Beaver Construction Co. (Commodore Russell Scrimm) when they built the Metropolitan Blvd and repaired the Autoroute 20 median.

The pier was named to honour Reginald. C. Stevenson, who was Commodore in 1926-27 and donated a number of trophies to the Club: the R. C. Stevenson Trophy, awarded for Flying Dutchman races, in addition to the prestigious RC Stevenson Club Championship Trophy. RC Stevenson was also a member of the Pointe-Claire Yacht Club.

The R.C. Stevenson Memorial Boat Loan Fund was established in 1982. The purpose of the fund is to assist Sail Canada member clubs in purchasing sail boats to be used for junior training. The fund is still active and can be accessed through the Sail Canada website.

Stevenson was inducted into the Canadian Olympic Hall of Fame in 1971.

Originally known as the West pier, it was, together with the road next to the Dinghy Dorm, located at the western edge of the Club’s property. Exposed to the wave action of Lake St. Louis, this wood pilings structure was taken out by the ice and high waters after the first winter.

The rebuilding of the pier was coordinated by S.A. Stephens, grandfather of member Al Stephens, in the mid to late thirties. (see inauguration photo)

After more damage occurred in the forties, a decision was made to strengthen the pier with backfill material. It then became possible for cars to drive all the way to the end of the pier. Construction was probably completed in 1943.

For a very short while, it was called the Edinburgh Pier to mark the occasion of Prince Philip’s visit to the Club in 1954.

Ten years later, a ramp was built on the west side of the pier to allow the Hovercraft SNR2 to be launched. The SNR2 spent over a year at the Royal while being tested on behalf of Transport Canada. The ramp is still used today for launching dinghies.

In 2008, more work was done to reinforce the culverts and repair the asphalt.

For most of its existence, the pier was known as Stephens Pier in honour of the man who coordinated its construction. S.A. Stephens was president of F.H. Hopkins, a company dealing in steam equipment for the railroad and mining industries.  His son, S.A. Stephens III, was involved with the Saint Lawrence Yacht Company.

Three generations of the Stephens family have been members of the Club and involved in both motor and sail boating. 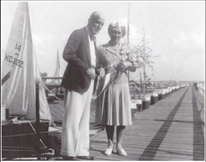 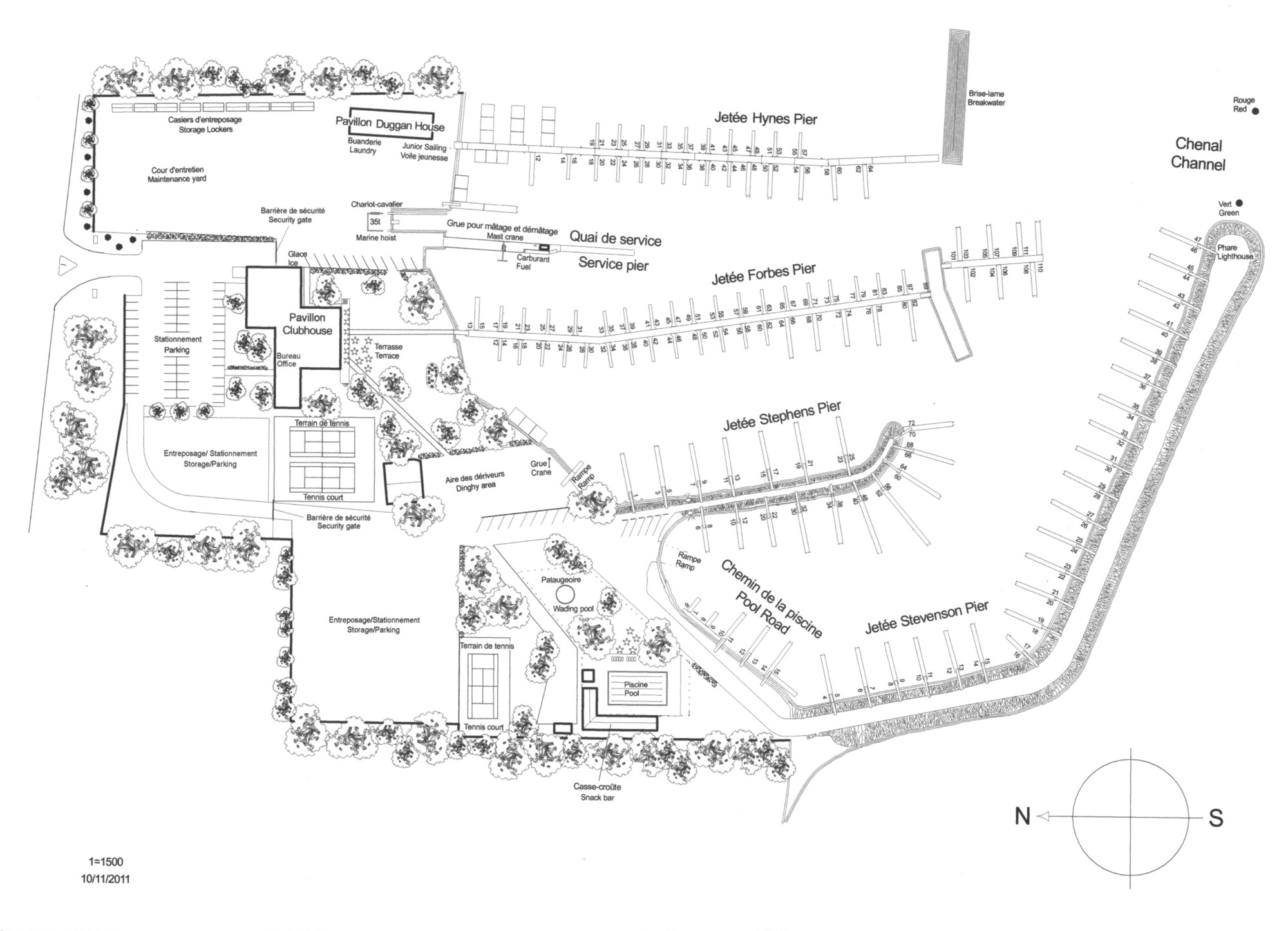